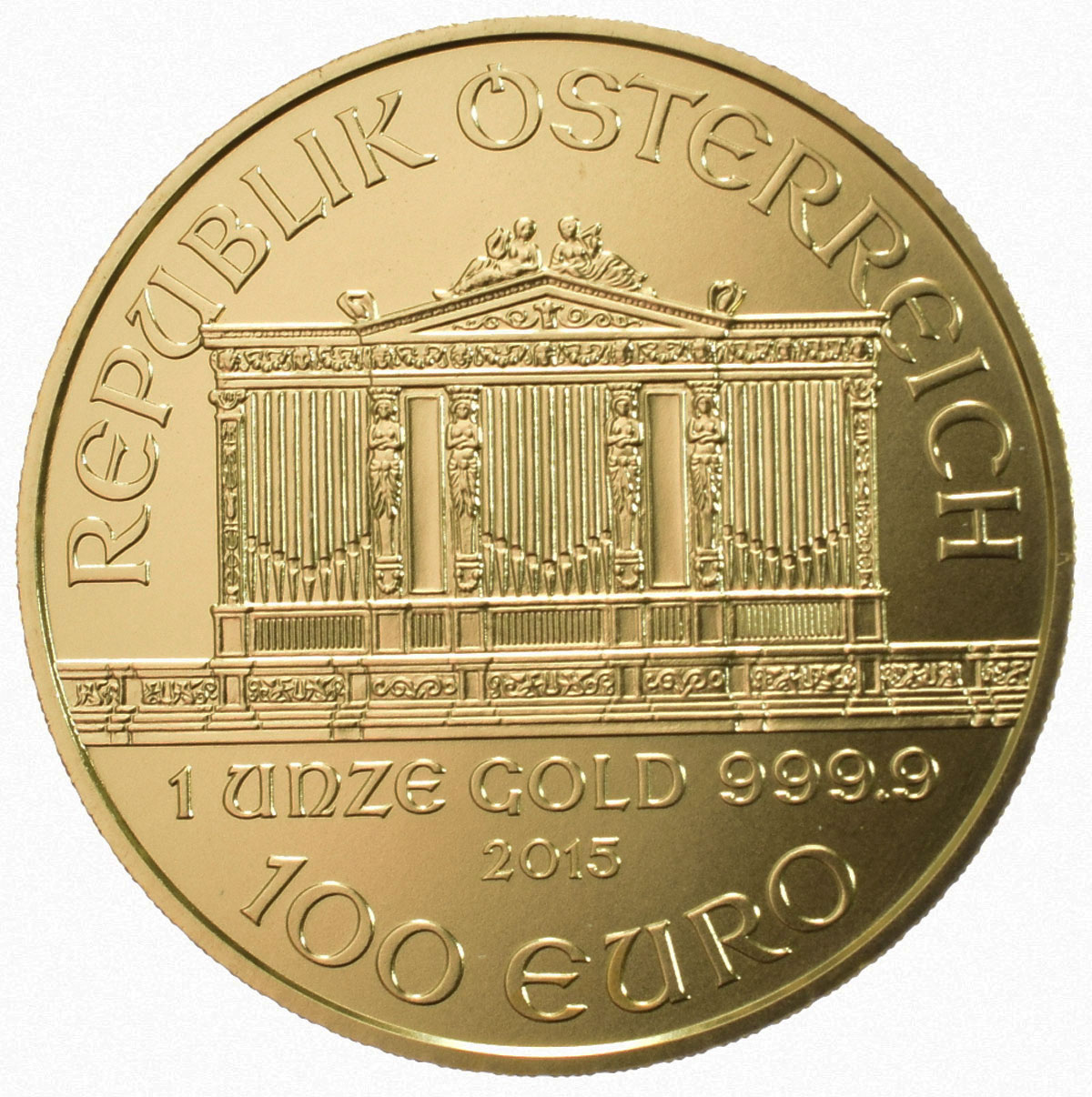 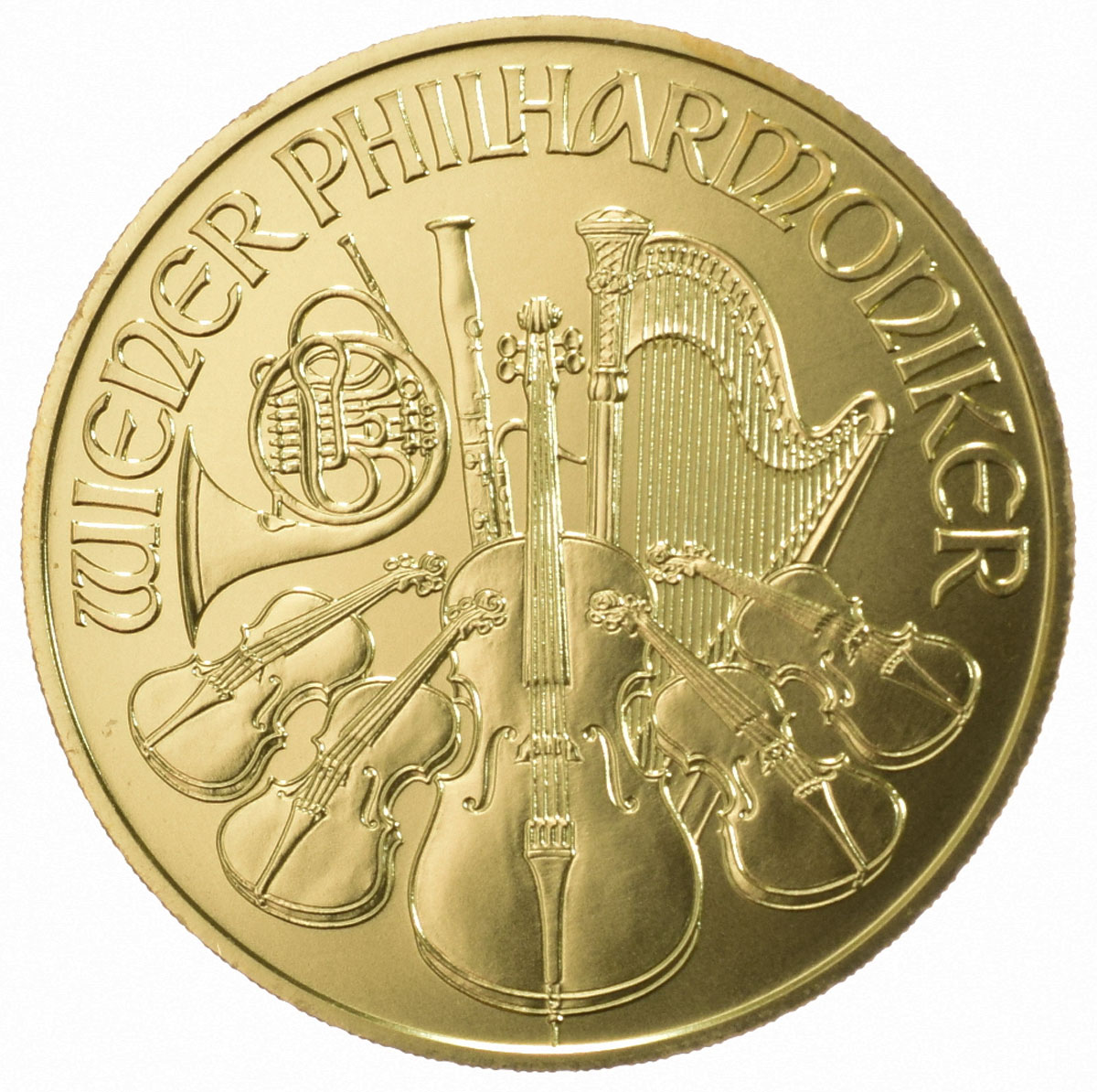 The reverse side depicts musical instruments, used in the orchestra – violoncello, violins, clarion, bassoon and harp. Above them, there is an inscription “Wiener Philharmoniker”.