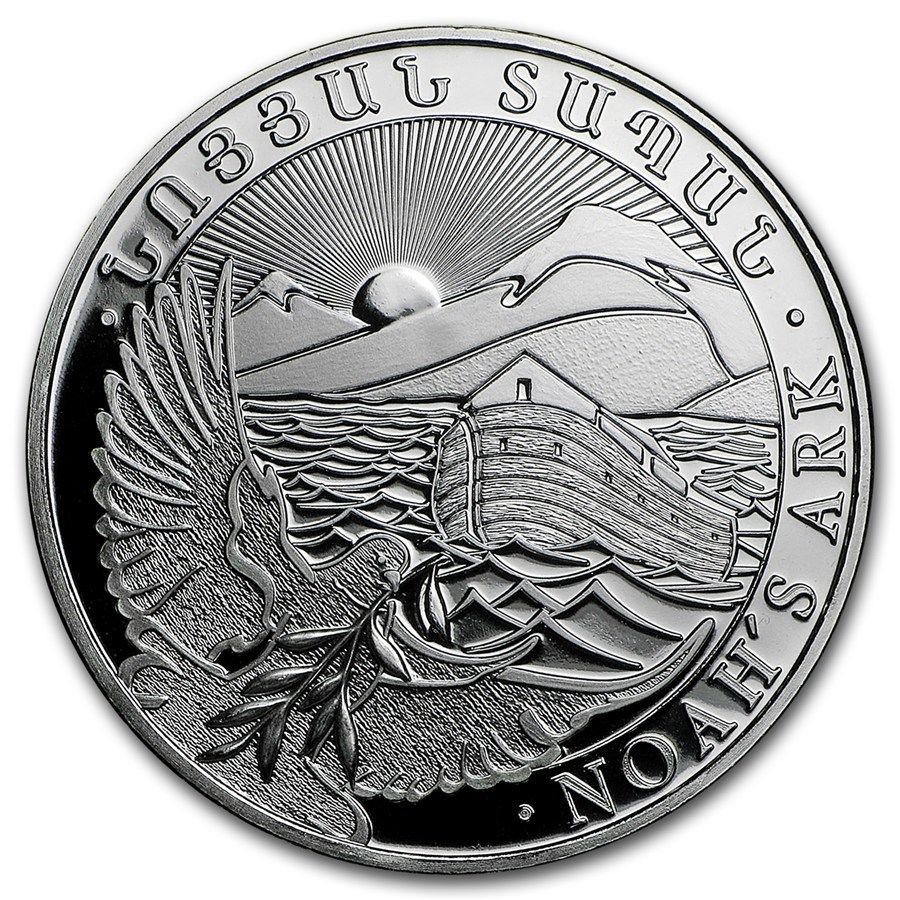 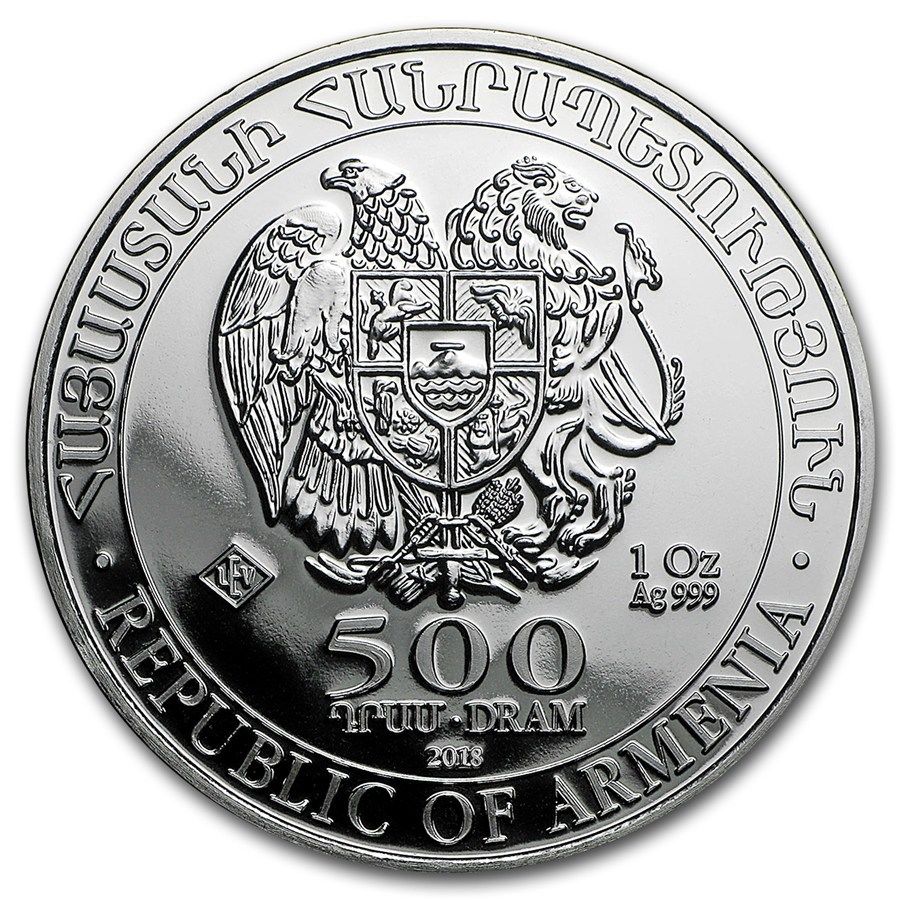 The first release of the Armenian Silver Coin Noah’s Ark dates back to 2011 and the series quickly became the favorite of investors. The design of the motif on the obverse and reverse remains the same throughout the years, with seven different weights offered. It features the eponymous Ark of Noah, depicting the scene of the white dove returning to the Ark with an olive branch.

The obverse side of the coin depicts the Coat of Arms of Armenia and the inscription “Republic of Armenia” both in English and Armenian language. It also includes the nominal value of the coin, the year of mintage (2018) and the fineness of the silver.

The reverse side of the coin features the Ark of Noah, and depicted against the background is a beautiful white dove with an olive branch in its beak and the mountain Ararat, with a rising sun behind it. The edge inscription of the coin reads “Noah’s Ark” in Armenian and English.

The Noah’s Ark coin is legal tender in Armenia at its face value. It is struck from 99.99% pure silver in one of the most modern private mints of Germany – LEV Leipzig Precious Metals Factory – at the highest quality standard.