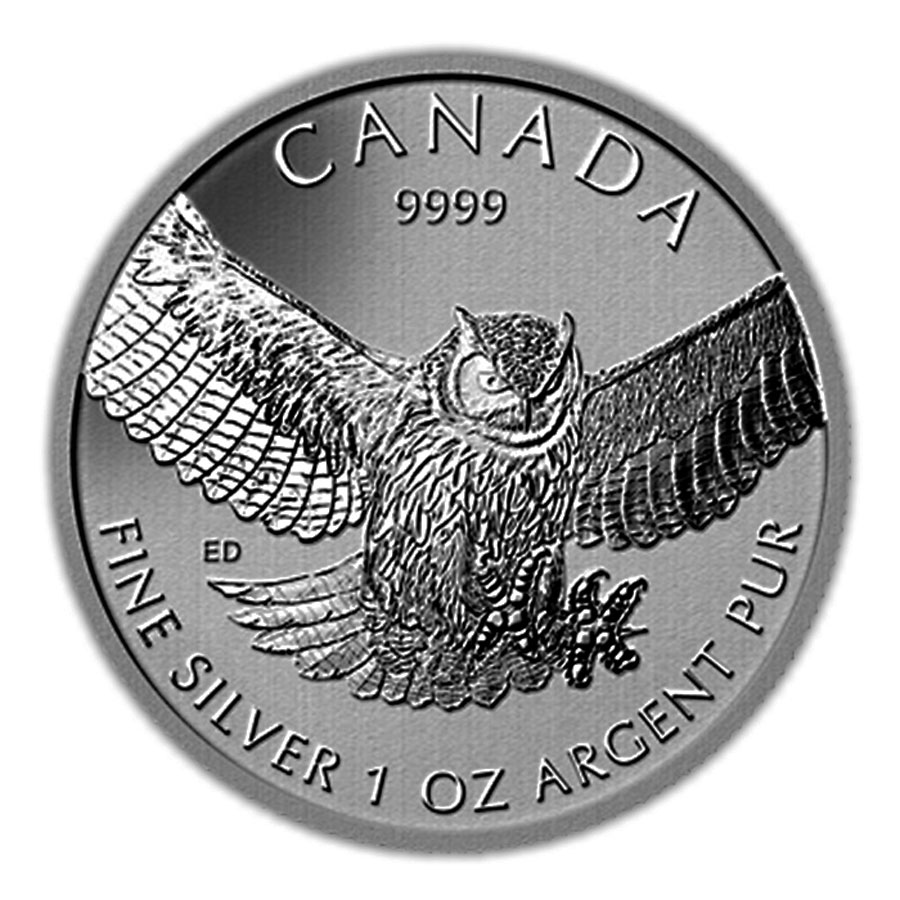 The series of silver coins “Birds of Prey” is the most recent release of the Royal Canadian Mint. This series of coins is a limited release, only in 2014 and 2015. The “Birds of Prey” series contain four coins in total.

The obverse depicts a portrait of Elizabeth II. The external ring of the coin has an inscription “Elizabeth II”, face value of “5 Dollars”, and year of release – 2015.

The reverse side depicts Horned Owl while hunting, with wings outstretched, ready to catch its prey. The external ring of the coin has an inscription, which indicates the neatness of the coin and its size “Fine Silver 1 oz Argent Pur”.