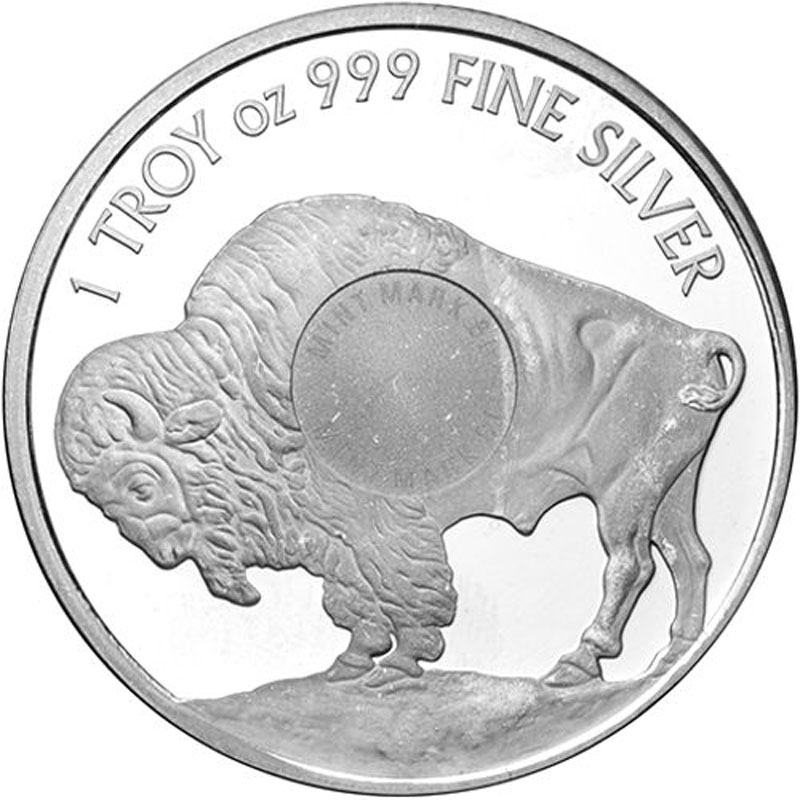 The silver coin American Bison has been issued by Sunshine Mint, with purity of silver 999/1000 and a weight of 1 ounce.

The coin is dedicated to America's native population - the American Indians - and their sacred animal, the bison. The 'Nickel' coin, issued by the U.S. Mint in the period 1913-1839 has been used as template to design this coin. The author of the design is Mr. James Earle Fraser..

The obverse depicts a portrait of a man from an American Indian tribe. The internal ring of the coin bears the inscription "Liberty".

The reverse side of the coin depicts the sacred animal of American Indians - the bison, indigenous for the territory of the United States of America. The internal ring of the coin has a marking of its size, "One Troy Ounce", and the purity of silver "999 Fine Silver”.