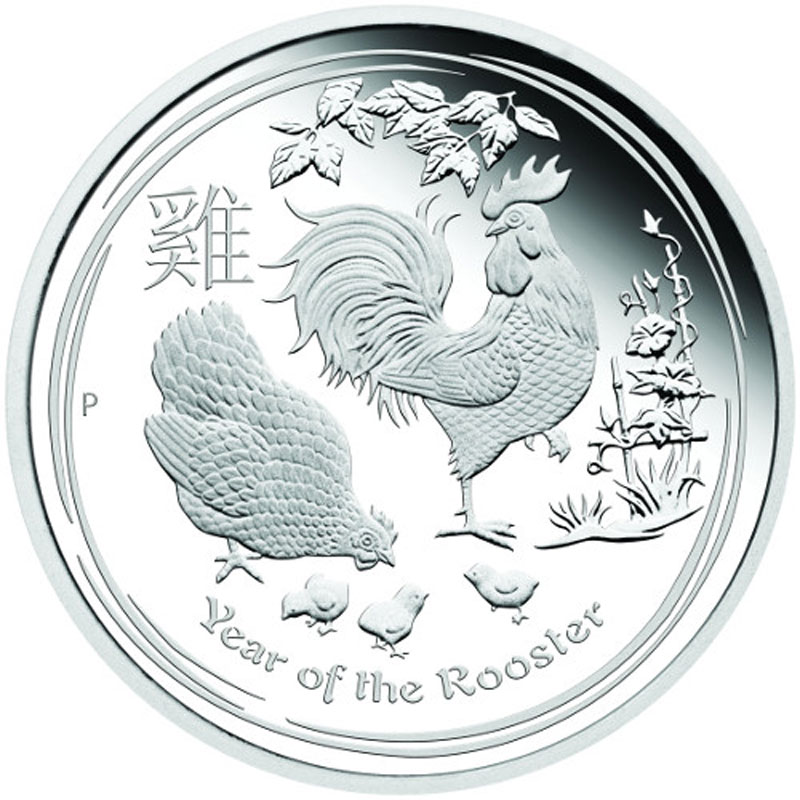 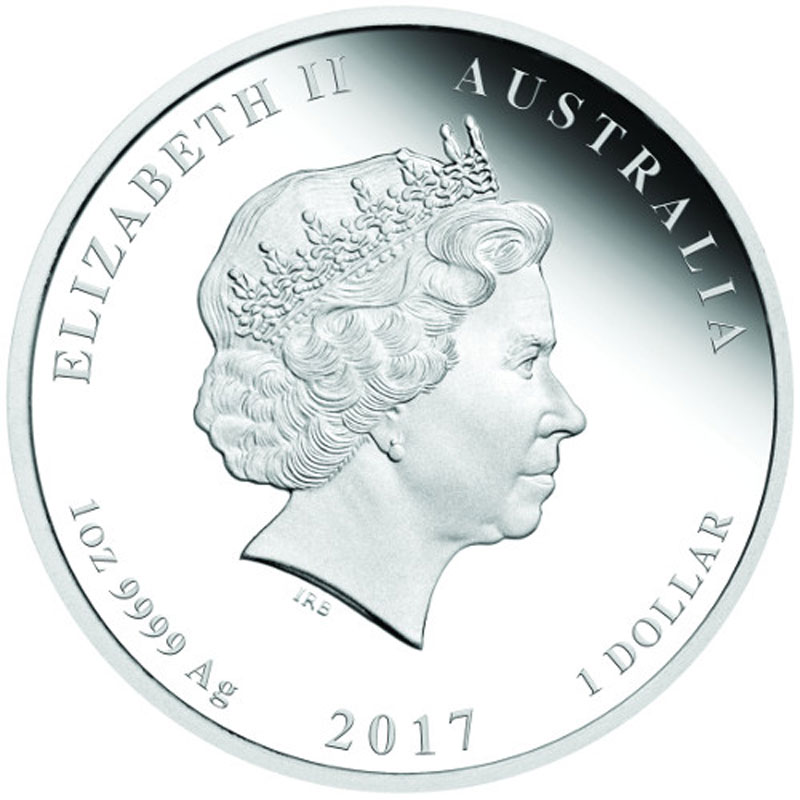 The obverse of the coin depicts an image of Queen Elizabeth II. The external ring of the coin has an inscription “Elizabeth II”, “Australia“, face value if “1 Dollar”, the year of emission: 2017, and the size of the coin “1 oz 9999 Silver”.

The reverse side of the coin depicts a rooster, a hen and three chickens, standing among bamboo sticks and flowers. Below them there is an inscription “The Year of the Rooster”, the distinctive sign of the Australian Mint (the Perth Mint) – “P”, and the Chinese hieroglyph, depicting a rooster.