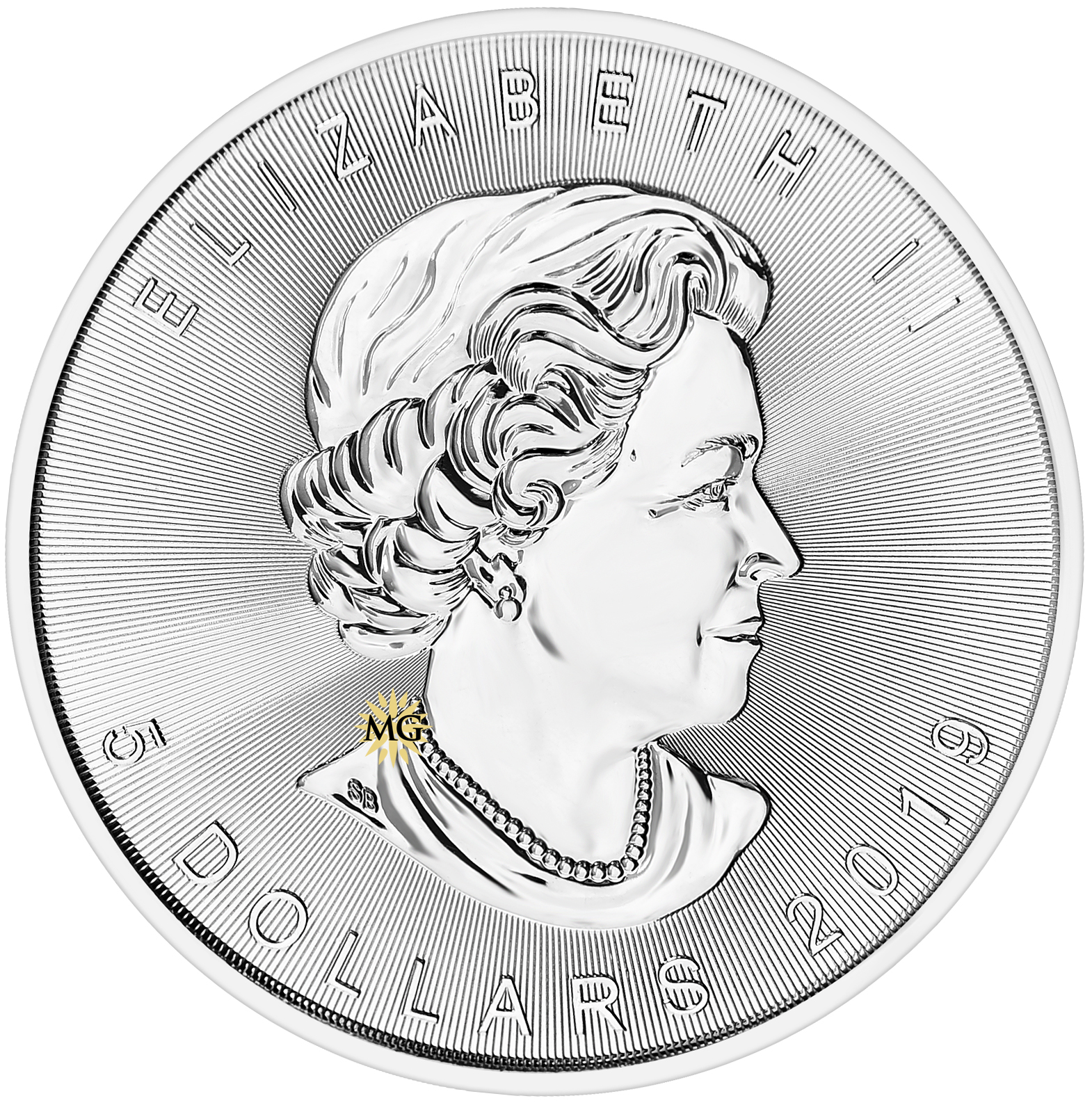 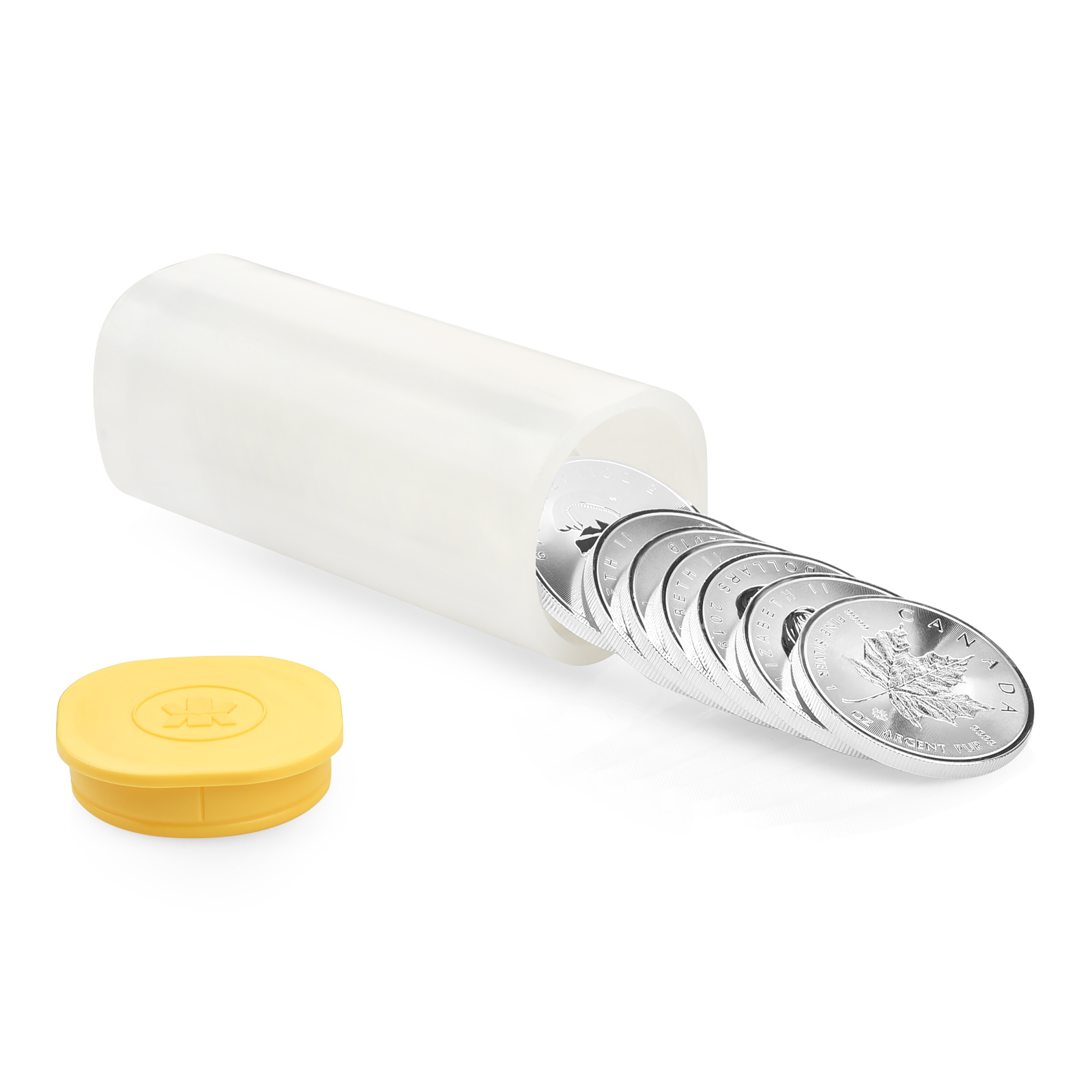 The first release of the coin Canadian Maple leaf is in 1988. It has been released by Royal Canadian Mint and has a size of 1 ounce and 99.99% pure silver. The design of the coin is a maple tree leaf, typical for the territory of Canada. The design of the coin remains unchanged, with the exception of the years 1998, due to the 10 year anniversary of the release of the coin; 1999 – the coin has been released with a notification symbol, to honor the 20th anniversary of the program Maple leaf of the Royal Canadian Mint. In 2000, the coin is issued in two alternatives, the first alternative with notification symbol “Fireworks”, and inscription “2000”, and another one to honor the New Millennium. The coin “Canadian Maple leaf” is released not only in silver, but also in gold, platinum and palladium, and is a legal payment method in Canada.

The obverse depicts a portrait of Elizabeth II. The external ring of the coin has an inscription „Elizabeth II”, face value of “5 Dollars” and year of release 2014.

The reverse side depicts maple leaf, in the foundation of which, a small maple leaf is drawn with a laser. The external ring of the coin has an inscription „Canada”, “Fine Silver 1 oz argent pur”.