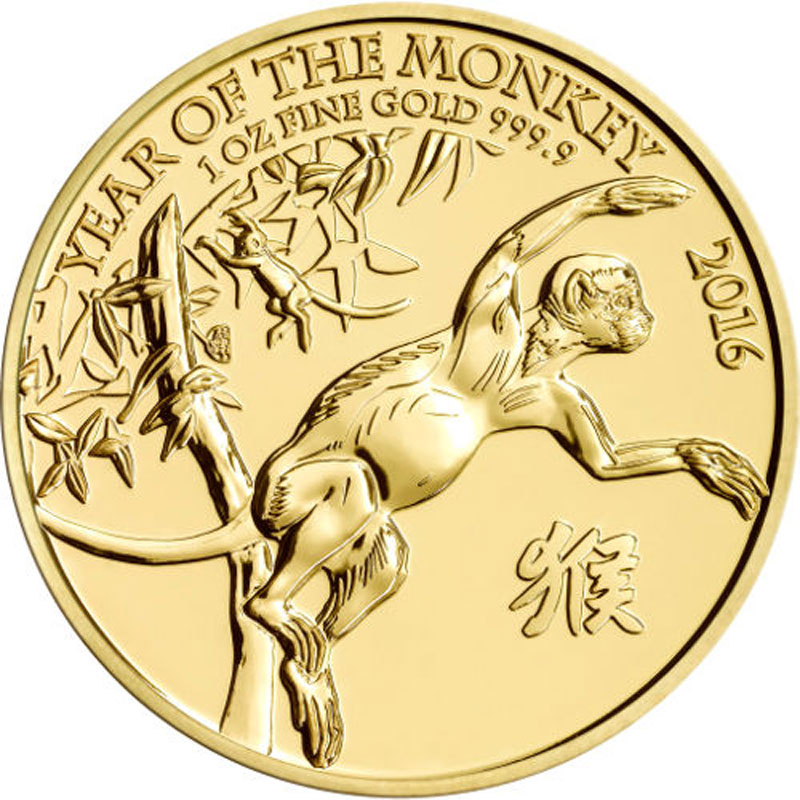 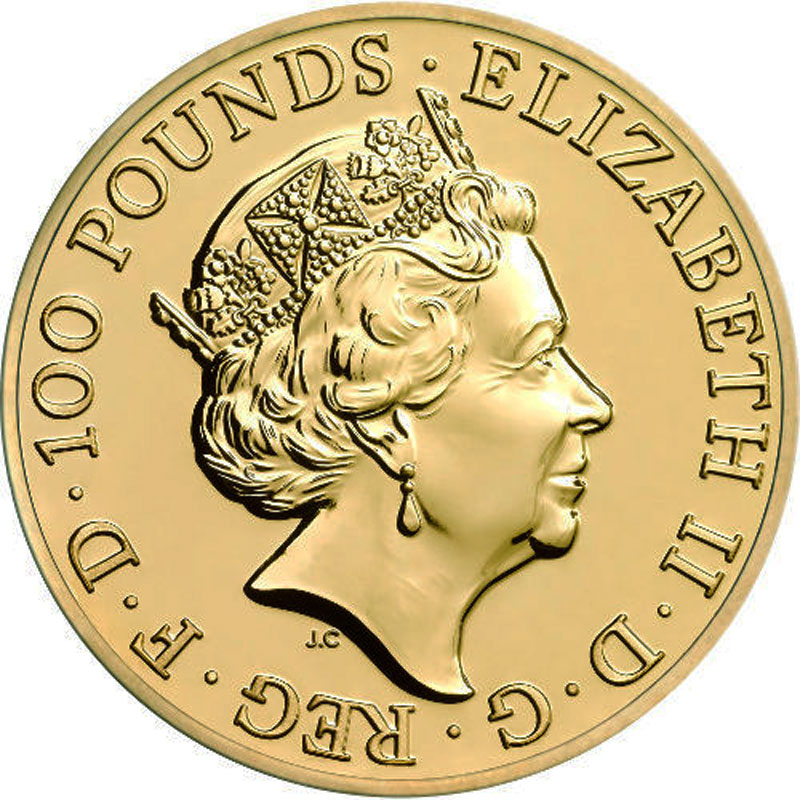 The coin has been issued by the Mint of Great Britain –The Royal mint, and is the third coin of its kind from the Shengxiao collection of the Royal Mint. It is dedicated to the people born in 2016, which according to the Chinese calendar is the year of the monkey. The design of the coin is, again, drawn by the artist Wuon-Gean Ho, who is of British and Chinese origin, and has successfully recreated the spirits of both the East and the West. He has also designed the first two coins of this series – the Year of the Sheep, and the Year of the Horse.

The obverse depicts an image of Queen Elizabeth II. The external ring of the coin has an inscription “Elizabeth II”, and the face value of  “100 Pounds”.

The reverse side depicts monkeys, swinging on a branch. The external ring of the coin has an inscription "Year of the monkey", the size of the coin and its purity “1 oz fine gold 999.9", and the year of emission “2016".