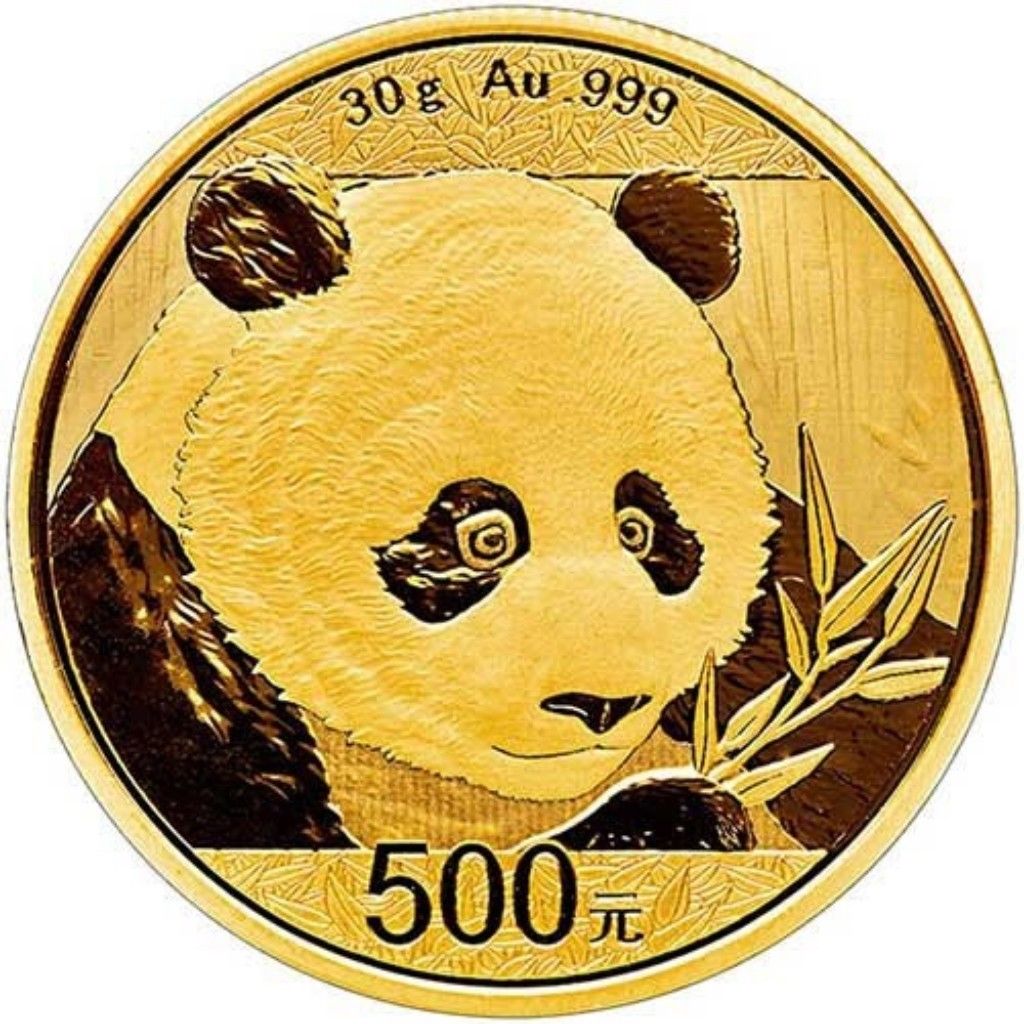 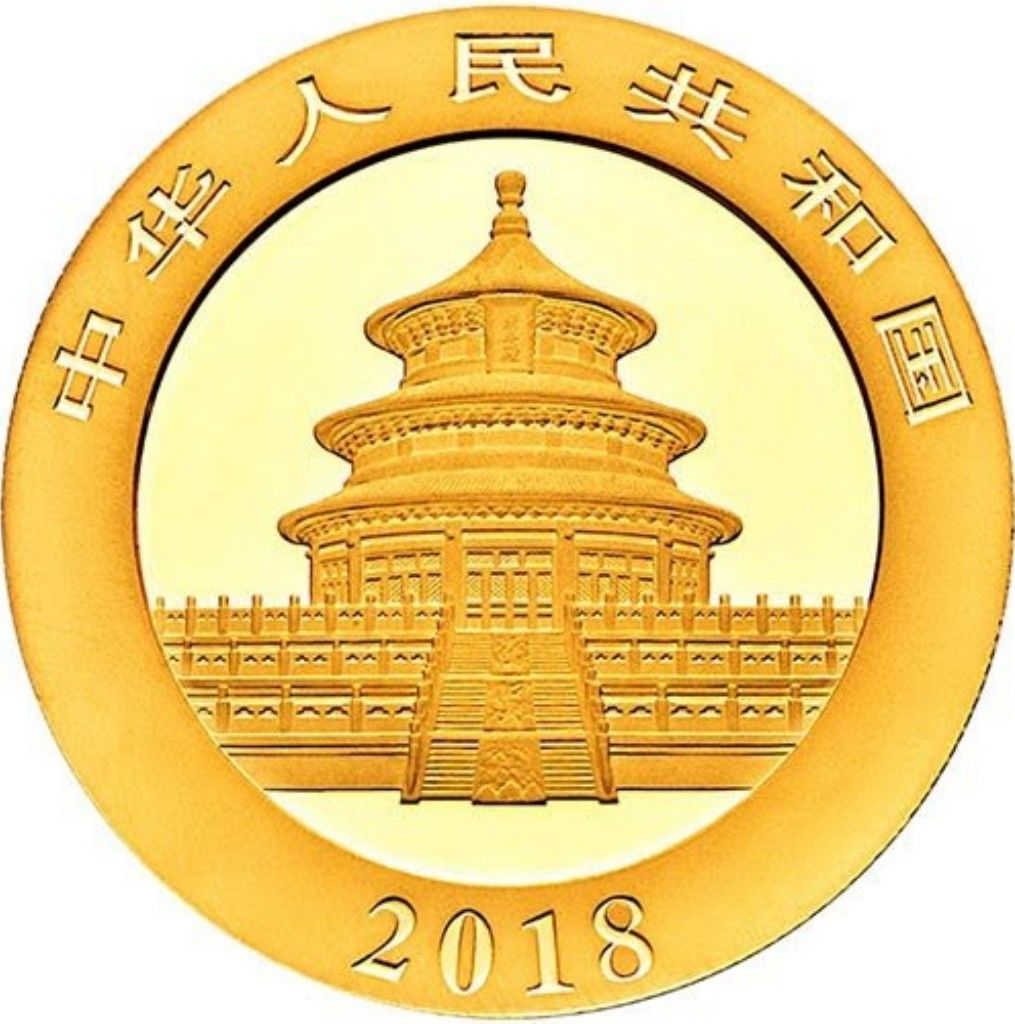 The design of the coin is dedicated to the giant panda, which is becoming extinct in China and is changed every year (the same as with the gold coin Australian Kangaroo). The coin Chinese panda (in all of its dimensions) is a legal payment method.

The obverse depicts an image of the temple, situated in Beijing, renowned for its architecture, named „Sky Temple”. The external ring of the coin has an inscription „People’s Republic of China” (in Chinese) and the year of release.

The reverse side depicts the panda, typical for the territory of China. Below it, the size of the coin “30g Au 999” is inscribed, and next to it – the face value of 500 CNY.