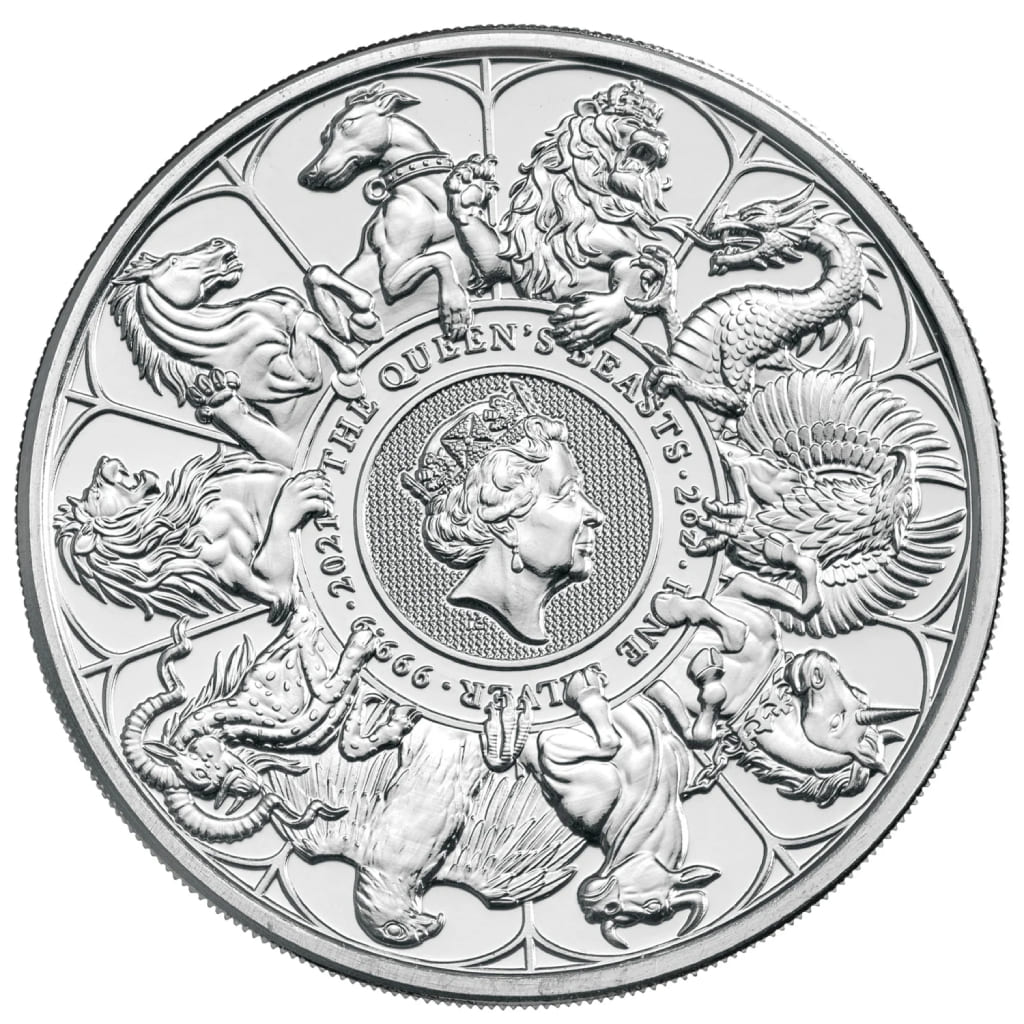 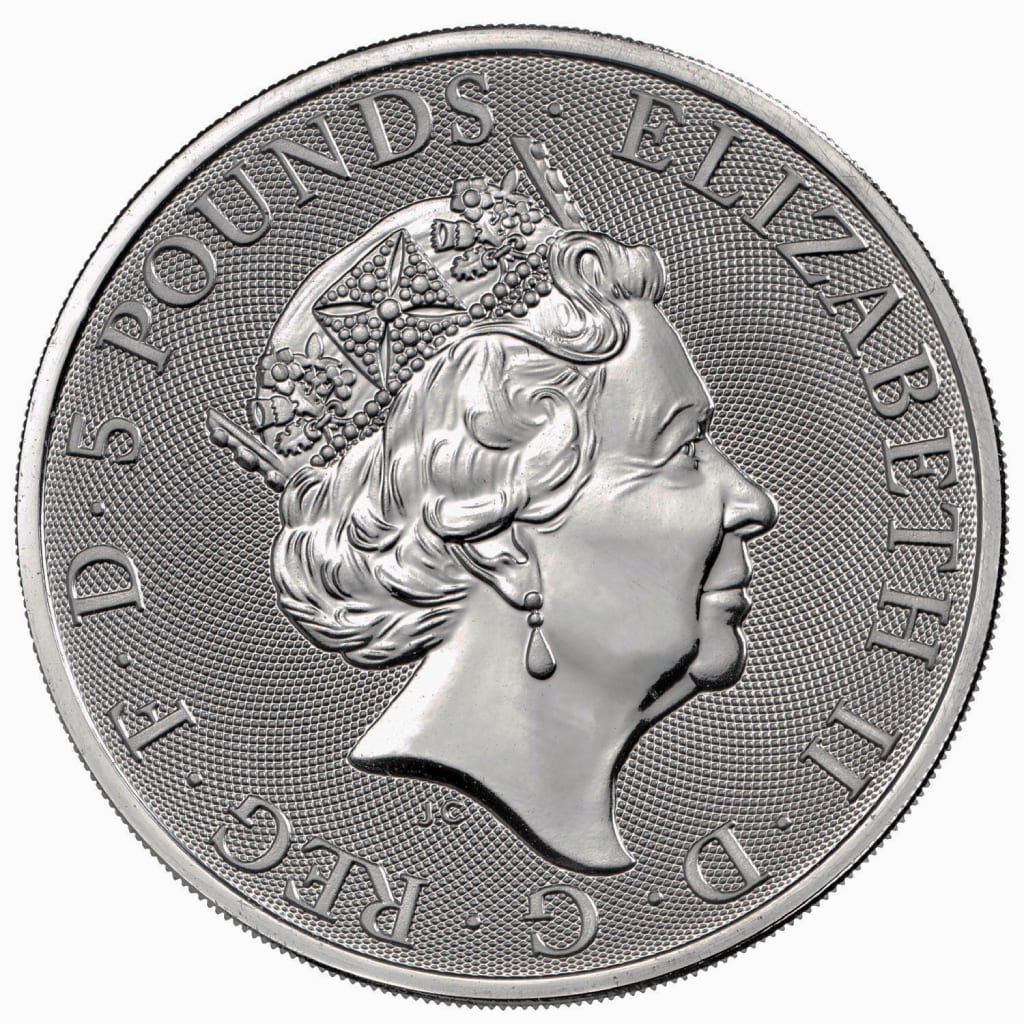 Product number: MG10550
Product information "2 oz Queen's Beasts The Completer 2022"
The culmination of the classic Queen's Beast series from The Royal Mint.This coin is the final release of the serie and acts as its capstone, celebrating all 10 beasts. The Queen's Beasts coins are based on the ten statues which stood guard outside Westminster Abbey for the Queen's Coronation in 1953 and represent the various houses in the Queen's ancestry. These 'beasts' are now brought together in one coin. The design of the coin features HRH Queen Elizabeth at the centre surrounded by the 10 beasts. Clockwise from the top these are:
- The Lion of England
- The Red Dragon of Wales
- The Griffin of Edward III
- The Unicorn of Scotland
- The Black Bull of Clarence
- The Falcon of the Plantagenets
- The Yale of Beaufort
- The White Lion of Mortimer
- The White Horse of Hanover
- The White Greyhound of Richmond